I’ve shared this on UnleashThePhones a while back as well. This is a small tutorial on how to use Python with SL4A.

When Google Now first came out, it would tell you which bus you could take at what time to get to your meeting or event on time based on the location and time information available in Google Calendar. It’s every student’s dream, especially in countries like the United States or Singapore, where transit navigation is very accurate.

I loved the idea, but I wanted it to be ever so slightly better. For example, I wanted my phone to inform me well in advance at what time I should consider leaving home to get to the bus on time. I also wanted information on earlier and later buses, so I could have knowledge of my options, very similar to the way it shows in Google Directions.

Enter Tasker. I have a profile set up, which responds to a Google Calendar event reminder. (Tasker requires accessibility access for this by the way.) All my events in Google Calendar have a reminder set to pop up one hour before the event. This triggers a python script that pulls the next event details from Google Calendar, strips and parses the necessary information. Using my current location, the directions to the location is fetched and parsed again for transit details. Tasker then displays this as a notification.

This is very similar to a thread found on XDA-Dev. The idea is based on the thread, but in the thread brandall decided to do everything in Tasker. While this is completely doable it made it a little complicated to debug. Also, the profiles attached in his thread require the calendar event to have the name ‘Meeting’ and also require a description to be entered. Again, not something you cannot do, but you will have to invest a significant amount of time in case you want to make any significant change. 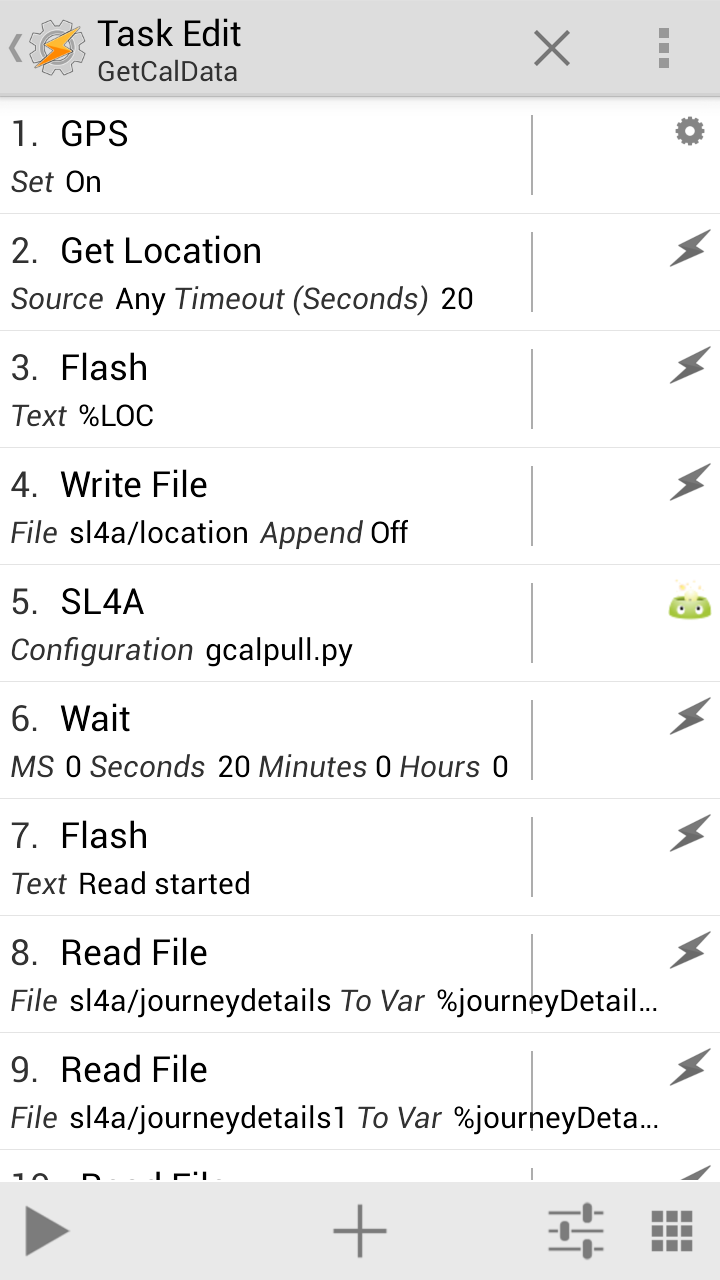 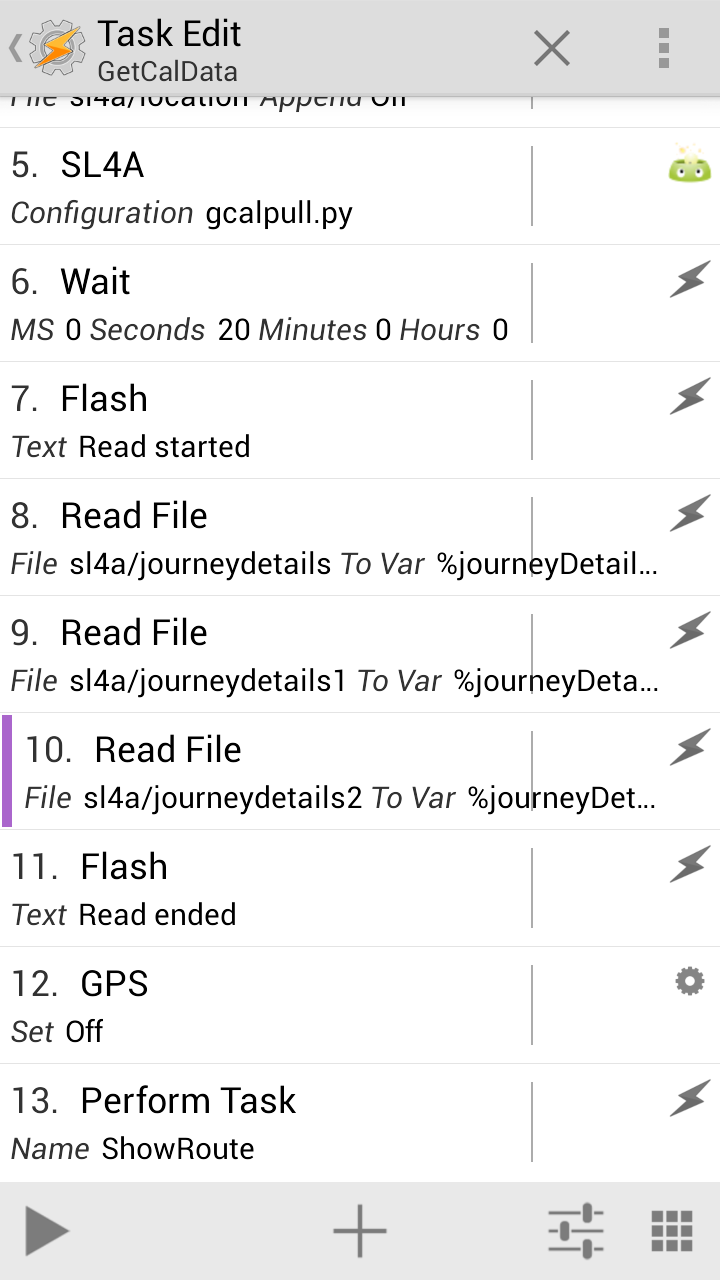 Here are some screenshots of what it looks like after you are done. 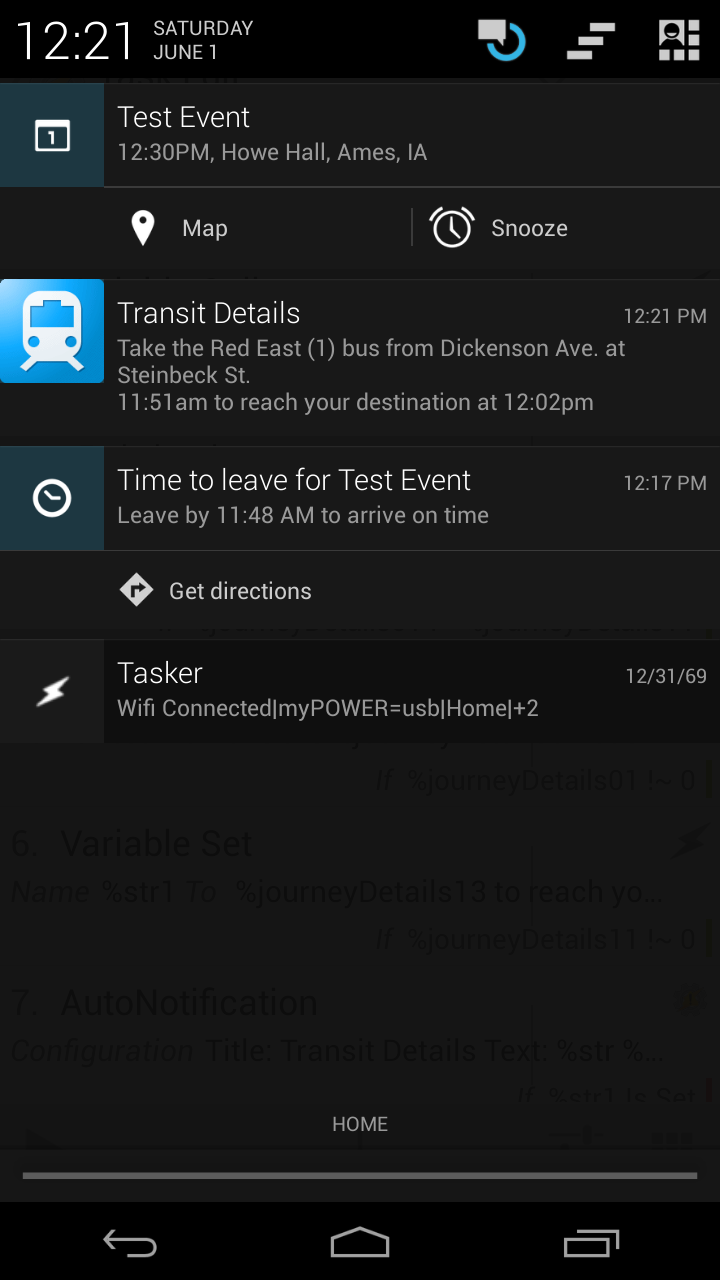 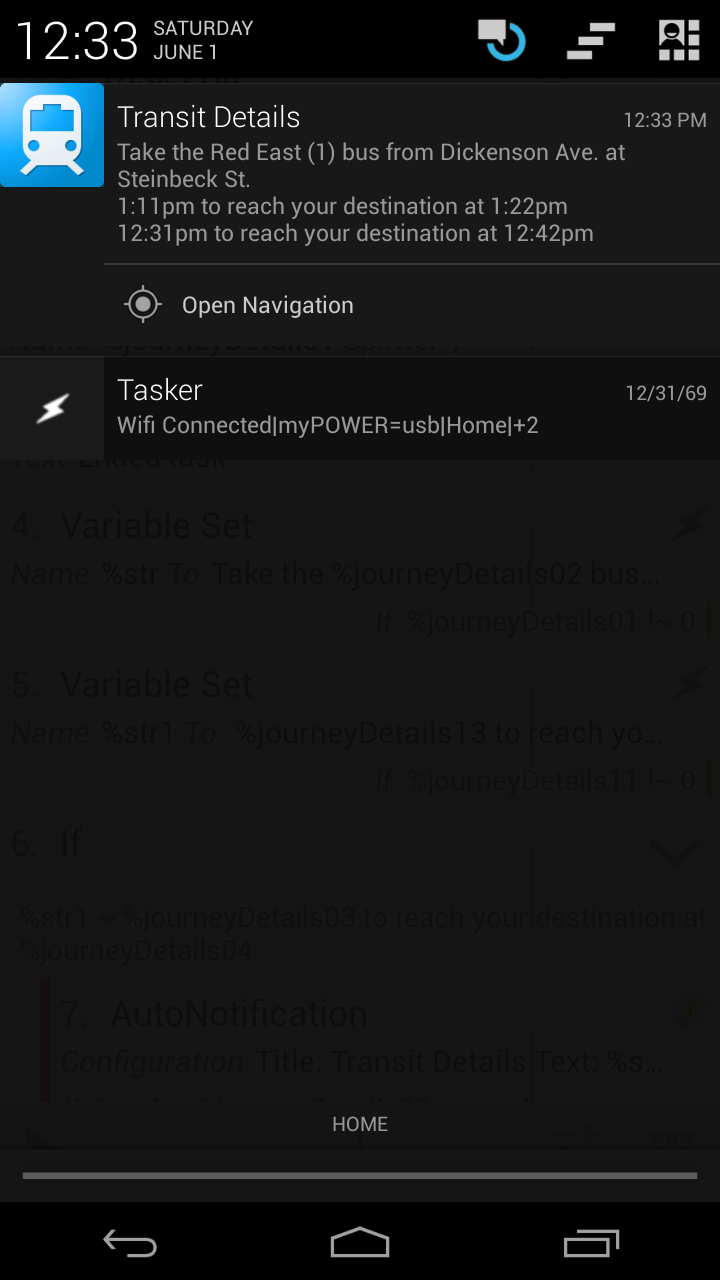 I’ve attached the xml from Tasker here so that it can be imported. Show Route and GetCalData. I’ve used Autonotification, a tasker plugin by joaomgcd to display the notification. You will need to use this if you want a button in the notification. This entire setup is currently in a primitive stage, I haven’t added any error handling or additional functionality but I intend to. I will update this post when I do that.

BeautifulSoup is supported by SL4A in python, which can make it extremely easy to parse information. I haven’t used it in my script though, since mine was a very small program. But it is nice to know that is an option. Big shoutout to PocketTables for offering a world of useful information on Tasker. I found their posts to be extremely helpful. Tasker is an amazing application and is extremely powerful. It can allow for a world of customization.

If you have any questions about this setup please do let me know.